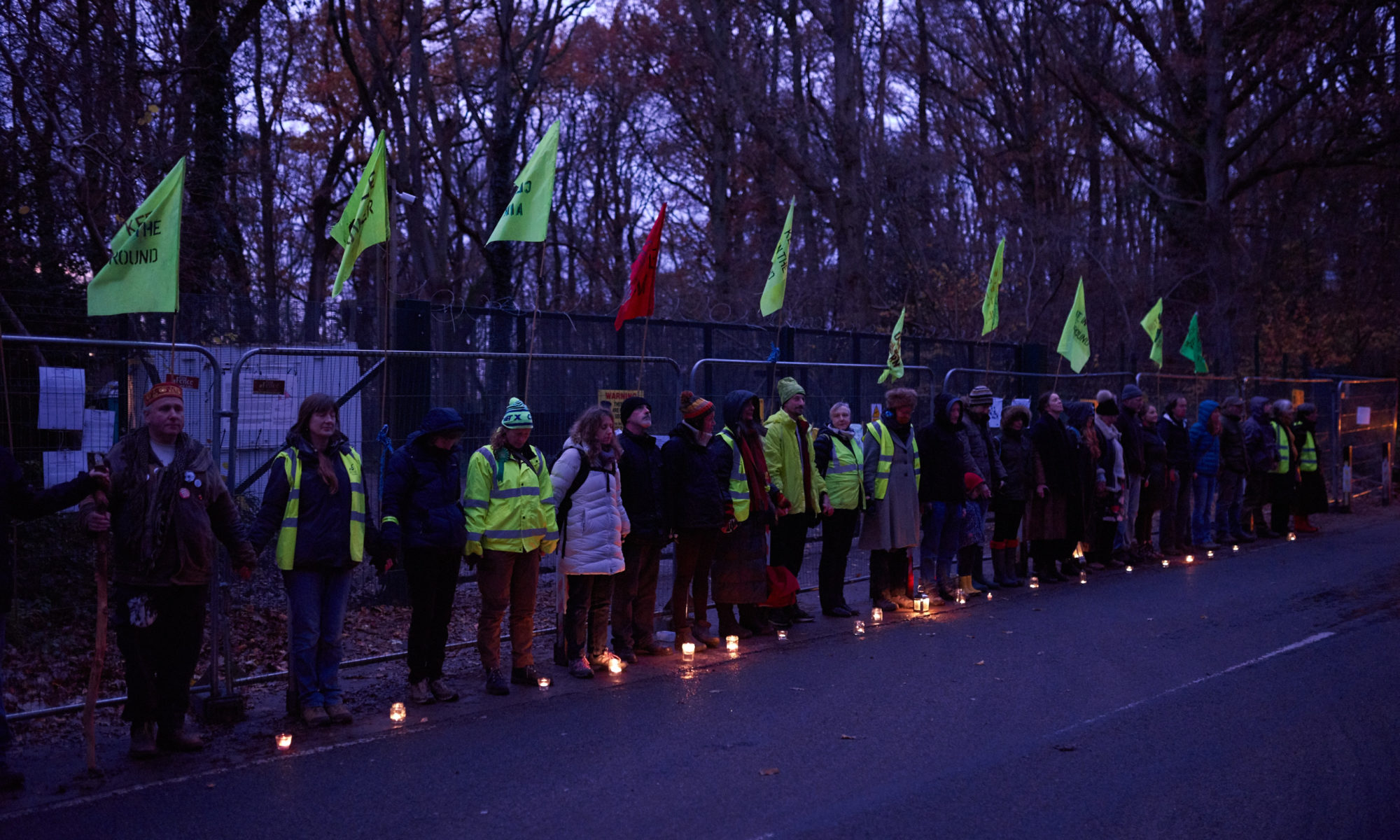 The temporary injunction against protests granted to UK Oil & Gas Plc (UKOG) could be finalised in June – and ‘Persons Unknown’,  should be removed .

Five defendants supported by the Weald Action Group have been fighting the far-reaching and draconian injunction for more than 3 years.

In a court hearing today, Master Marsh ordered a trial to go ahead in June, although UKOG can apply for a default judgment, avoiding the need for a trial. This would finalise the Order and, thanks to other case law, means that ‘Persons Unknown’ would be removed. “We’re happy to ensure our participation in the hearing is as limited as possible”, said Stephanie Harrison QC who represents the five women.

But she expressed concern that a proposed time limit on the final order of 2023 would be too long. “These are important rights that are being regulated and this case has gone on for too long”, said Ms Harrison.

Since the Weald Action Group involvement in the case, the injunction has been significantly watered down in both geographical area and in the scope of what it bans. At one time it proposed dozens of defendants as well as targetting ‘Persons Unknown’, but it has ended up with just a handful of named defendants and is limited to protests at Horse Hill and its gateway.

More detail can be found in Drill or Drop: